Gurgaon is among the fastest-growing cities in India. Multiple businesses here have various billing software requirements. We understand your need. Hence, RetailCore has designed this simple billing software that has complete finance and inventory management solutions.

The software will help you in managing your daily billing and inventory requirements. Our services are not limited to traditional retail business. We have software for E-commerce and multiple-stores. Want a QR code or barcode software? We have that too.

Our role doesn’t end by just providing you with the software. We are there whenever you need any aid from our side.

Success of Gurgaon’s economy is directly related to success of small and medium business.

The economy of Gurgaon – The Kingdom of Dreams

Gurgaon, also famously known as Gurugram, is located in the north Indian state of Haryana. It is a part of the national capital of the country. It is the most important satellite city of Delhi.

Gurgaon is the 3rd capital income in India. It is the location of Indian offices for half of Fortune 500 companies. Maruti Suzuki was the first car making company in the city in the 1970s.

The city has noticed significant growth in the economy and that’s the main reason which made it the home to major information technology companies, ITES, pharmaceuticals, and automobile industries in the past few years.

Many Multinational Companies have a target in the Indian market. Thus, their branches in Gurgaon check it as the best place to operate a business. There are many industries and corporate parks here, hence, it is called DLF (Delhi Land & Finance) cyber city.

India’s first intelligent traffic system is working in the city. This technical and infrastructure advancement is leading in the city. It is dubbed as the millennium city of India.

It has an adequate transportation system. People can put up with the state-run buses to commute in a different part of India. In Gurgaon transportation latest addition is the Rapid Metro.

Gurgaon is celebrating a strategic sector due to its smooth connectivity. The broad connectivity through the national highway – 48 and the impending Dwarka Expressway will reflect well for the realty market of this area. It is also near the airport.

In Sector 29, Golden Triangle City Centre is an invention project of the Haryana Government that will add more charm to this town. It has the finest restaurants, pubs, lounges, and disks to enjoy many beautiful shades of life like the Kingdom Of Dreams and Appu Ghar are quite prominent among youngsters.

This place is famous for its theatrical shows and called the Kingdom of Dreams. It is a center for finance and technology. Its main attractions include ancient museums and temples.

The government amplified to give some modification amid the National lockdown. The economy wheels had started to churn. Approximately 1,300 industrial companies employing over 1 lakh laborers were to start projects in Gurgaon. Strict regulation to guarantee social distancing and other checks against covid-19 by the companies was smartly taken care of.

Our Customers in Gurgaon 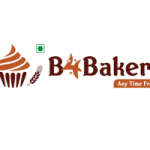 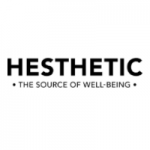 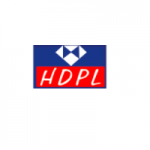